What You Need to Know to Live Healthy in a Toxic World, Naturally Dr. Gloria Gilbere

The Apple of Your Eye and...Much More!

A fruit that has finally achieved Super Fruit status…it’s about time...

We’ve all heard the old cliché’s about apples such as, “an apple a day keeps the doctor away.” Well my friends, the apple has finally proved itself scientifically as a true Super Fruit and validated those old sayings we’d heard since childhood...Click to continue reading... 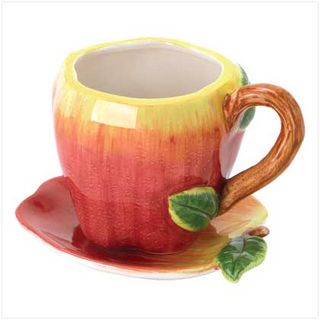 American dietary guidelines suggest that healthy adults should consume 5 cups of fruits and vegetables daily. How does that recommendation convert for the average individual?

A ONE CUP Serving =

An Apple a Day Keeps What Away?

A study on mice at Cornell University found that the Quercetin in apples protects brain cells from the kind of free radical damage that may lead to Alzheimer's disease.

The Pectin in apples lowers LDL ("bad") cholesterol – people who eat two apples per day may lower their cholesterol by as much as 16 percent.

According to a study of 10,000 people, those who ate the most apples had a 50 percent lower risk of developing lung cancer. Researchers believe this is due to the high levels of the flavonoids Quercetin and Naringin in apples.

The skin of the apple, the insoluble fiber, is a great remedy against constipation because it helps digestion and prevents other related disorders like irritable bowel syndrome, and diverticulosis – the leading causes of colon cancer, appendicitis, hemorrhoids, hiatus hernia, gallstones, etc.

Research found that rats fed an extract from apple skins had a 57 percent lower risk of liver cancer.

Pectin is a general intestinal regulator used in many medicinal preparation, especially as an antidiarrhea agent. Modified citrus pectin (MCP) is a citrus pectin that has been broken down to less complex molecules by modifying the pH. MCP is rich in galactoside residues – giving it an affinity for certain types of cancer cells. Galactose-rich, modified citrus pectin has a binding affinity for galectins on the surface of cancer cells – resulting gin an inhibition, or blocking, of cancer cell aggregation, adhesion, and metastasis. MCP has proven its effectiveness in blocking metastasis of certain types of cancer cells, including melanomas, prostate, and breast cancers. Since Pectin is resistant to human digestion, but is almost completely degraded into short-chain fatty acids in the colon by bacteria, and has a reduced tendency to have a laxative effect and stimulates bacterial growth in the colon.

The Pectin in apples supplies Galacturonic acid to the body which lowers the body's need for insulin and may help in the management of diabetes.

The insoluble fiber in apples is known as dietary fiber, and cannot be digested by the enzymes in our bodies – helping us lose weight by providing the sensation of having a full stomach.

Uncovering Clues to Add LIFE to Your Years…NOT Merely Years to Your Life, Naturally

Dr. Gilbère is renowned worldwide for her work in identifying and finding natural solutions to chemically-induced and inflammatory disorders, multiple chemical sensitivities, fibromyalgia, chronic fatigue, Gulf War Syndrome, and digestive disorders that defy conventional diagnosis and treatment. She consults worldwide via telephone and at her Institute in north Idaho. Visit her website at www.gloriagilbere.com for details about consulting with her.

Creator of certificated courses to become a Wholistic Rejuvenist™ (CWR) and for post-graduate education for health and spa professionals. Go to www.gloriagilbere.comand click on Wholistic Skin & Body Rejuvenation (WSBR™) for course outline. Available on-site at worldwide locations, and via distance-learning at your convenience globally.

Information in this newsletter is not meant to substitute for the advice provided by medical professionals, nor is it intended to diagnose, treat, cure or prevent a disease or disorder. The FDA has not reviewed or endorsed the contents of this educational publication.

Copyright is held by Gloria E. Gilbère, to which all rights are reserved. Other than personal, non-commercial use or forwarding, no material in this newsletter may be copied, distributed, or published without the expressed written permission of its author and copyright holder.

Posted at 02:00 AM in Food and Drink, Health Education, Weight | Permalink

The comments to this entry are closed.