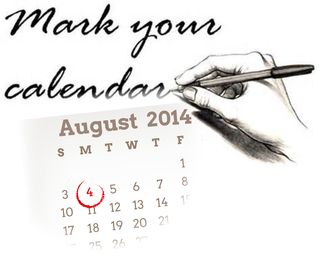 This podcast emphasizes how your health can be sabotaged from what is occurring in your mouth!

About half of all Americans, no matter how healthy they are, are more likely to develop oral health problems.

If you are victim to any of the following symptoms, consider the connection to a “biting reality” only understood by few health professionals...click to continue reading...

REMINDER: If you haven't already requested a spot on this informative TeleSeminar, do so today, there are only 12 openings left!

If you have reserved your space, the call in number and participant code will be sent out by Friday, May 23rd...look for it in your inbox. Tell your friends and family to reserve their spot on the call today. 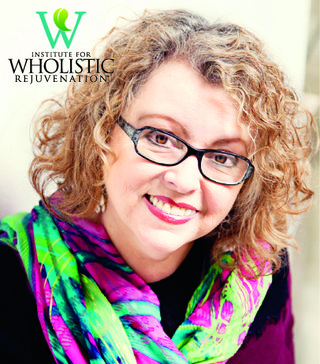 Connecting ORAL Health & OVERALL Health
– The What, Why, and How to Overcome Invisible Disorders Wholistically –

Because this topic is so prevalent in our society,  reaching epidemic proportions, this webinar is designed to help you understand the causes, effects and non-drug solutions to…

The Available Call-in Spots will fill quickly.  Invest in Your Health.

TO REGISTER send an Email to: oralhealth@gloriagilbere.com AND in the SUBJECT LINE put "Oral Health Seminar" 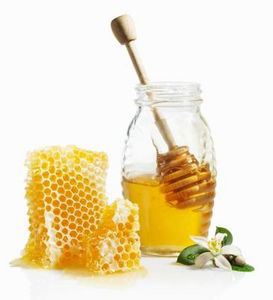 Honey has been used for centuries both as a food and a medicine. Archaeologists found 2000 year old jars of honey in Egyptian tombs and they were still healthy and delicious. And, the practice of beekeeping for honey production dates back to at least 700 BC.

Do you know the amazing health benefits of honey? Here are just a few:...click to continue reading... 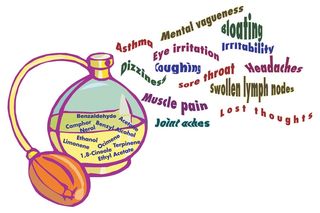 Your fragrance is most likely poisoning you – not just individuals with chemical sensitivities. AND…it affects everyone, men and woman, young and old!

A whopping 90% or more of the chemicals in synthetic fragrance are derived from PETROCHEMICALS. Yes, petrochemicals, and that’s just the beginning!

The chemicals in your fragrance can actually cause another person to go into anaphylactic shock, trigger a painful migraine, cause sinus pain and trigger an infection, set off an asthma or allergy attack, cause brain-fog, and even trigger inflammation, to mention a few of the symptoms. By the time you realize that repeated exposure (decreasing tolerance) to the low levels of chemicals contained in fragrance are triggering symptoms for you too, it’s a bit late to turn back the clock. The overwhelming majority of these chemicals have not been tested for safety...click to continue reading...

A Molecule is “Born”

First, let’s go back to when this supplement was first discovered.

It’s 1957 and a young research biochemist and assistant professor at the Wisconsin’s Enzyme Institute was investigating the biochemical responses involved in cellular energy production.

Mitochondria*, present in both animal and plant cells are at the center stage for activity of a substance identified as CoQ10. However the professor, Fred Crane, PhD and his team didn’t know that at that time – no scientist had ever heard of CoQ10 (also known as Ubiquinone).

*Mitochondria – organelles (microscopic organs) within the cells where oxygen and the derivatives
from the food you eat are “mixed” to create energy. Just think of the mitochondria as your “power plants” that continually generate energy to operate each individual cell.

Fred Crane, the scientist identified above, later developed Type 2 Diabetes and needed medication to control his condition. After time, the medication wasn’t working and his blood sugar level continued to rise. As Crane told it, “I thought maybe CoQ10 might help. I was taking 30 mg daily but then raised it to 180 mg daily. Within a period of six months, my insulin levels normalized and my blood sugar dropped to what it should be to be healthy - without medication. I continue this approach and, after several years, it’s still working.”

The action of CoQ10 is probably related to improving the bioenergetics and, as a result, the production of the so-called beta cells on the pancreas – where insulin is produced.

According to Peter Langsjoen, a Texas cardiologist, who has observed remarkable improvements in his patients with cardiovascular disease, “About one-third of them are doing considerably better after supplementing with CoQ10. By that I mean better blood sugar control and a reduced need, or a need at all, for medication. It appears frequently enough that I now inform patients to monitor their levels carefully as they may need to lower or eliminate their level of insulin or oral medication.”

Langsjoen explains, “With CoQ10 you change the fundamental cellular chemistry of everything.
That said, you see many improvements throughout the body. I see so many overall aspects of health that improve simply because you are energizing everything.”

I personally take 400 mg. daily as a proactive approach for aging without looking or feeling old. Type 2 Diabetes runs rampant in my genes and I need to do all I can to prevent it and also the devastating effects like heart disease and cognitive decline.

My recommendations for my clients are as follows:

Don’t go cheap when it comes to CoQ10, this is one place quality must take precedence over cost. If you need guidance choosing the right CoQ for your specific needs, call Toll-free 888.352.8175 and a Client Advocate will assist you. Phone lines open Mon. - Thurs. 8: to 2: Pacific Time, Closed Friday.

Death by Processed Meats - It's NOT Just Baloney!

Declaration – Too Dangerous for Human Consumption! 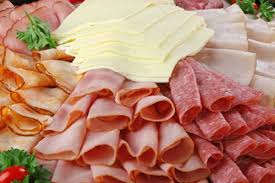 has just completed a detailed review of more than 7,000 clinical studies covering links between diet and cancer. Its conclusion is rocking the health
world with startling bluntness: Processed meats are too dangerous for human consumption. Consumers should stop buying and eating all processed meat
products for the rest of their lives...click to continue reading...

Continue reading "Death by Processed Meats - It's NOT Just Baloney!" »

Sweet Science for a Sweet Tooth

Sweet Science for a Sweet Tooth

You’re probably surprised I’m writing about the health benefits of
chocolate in December rather than in February. If you’re like me, chocolate is
all around you this time of year. That said, knowing the healthiest chocolate
and its health benefits in moderation can be very helpful; not to mention, lessen
our guilt in its indulgence...