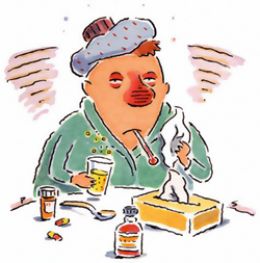 Yes, I know it's hot outside and you're not thinking about preparing for what occurs each fall and winter...however...it's just around the corner and keeping my commitment to my members, here is your dose of, "Health thru Education."

Every year I go through the scenario of patients/clients asking what to do to protect themselves proactively when school begins as does the influenza season. This year, more than ever, we know we must take additional steps for protection because of the pandemic we’ve all been thrust into and the possibility this fall and winter flu season will be different as is unfortunately predicted.

Many of you asked if I would write about steps to take so you can refer to it rather than an audio which I’ve done several times, you asked, here it is. The most important thing to remember is to take steps BEFORE you get sick. In addition, since the beginning of the cold and flu season begins shortly after school starts in September, it’s advised to begin your protocols by August 1st for maximum protection and don’t stop until after the first of the new year after the cold and flu season has passed and all the holiday gatherings where the potential risk of contamination is the highest.