Issue 9.21.18 We All Need an "Oil Change" to Obtain and Maintain Health and Promote Anti-aging 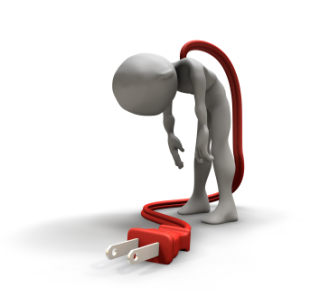 If your get-up-and-go got up and went....consider the effects of bad oils!

The list of disorders linked to overconsumption of omega-6 fatty acids continues to grow.

Latest studies link cheap, omega-6-laden vegetable oils to behaviors such as TV-watching and diseases such as diabetes!

As the Canadian researchers wrote, their findings signal a link between unprecedentedly high omega-6 fat intakes in America — and much of the world — and a parallel rise in sedentary behavior and insulin resistance. (Wong CK et al. 2017)

Before I review the alarming new findings in people, let’s quickly review the causes and consequences of America’s “omega imbalance”. 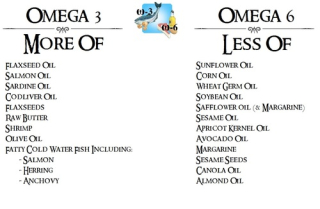 Those cheap oils have few or no omega-3s (soy oil is highest at 8%) and very little of the “health-neutral” monounsaturated fat (oleic acid) that abounds in avocados, olive oil, high-oleic sunflower or safflower oil, canola oil, and macadamia nut oil.

That situation has improved somewhat thanks to the rise of canola oil, which is relatively low in omega-6s (22%) and high in monounsaturated fat (60%) and omega-3 ALA (11%).

Now, a new study from the University of British Columbia underscores the threats posed by the world’s growing omega fats imbalance.

The UBC team was led by Professor Sanjoy Ghosh, Ph.D., co-author of the rodent study described above, whose concerning, "red-flag" results prompted this new research.

They used measures such as the hours spent watching TV and adjusted their analysis to account for known “confounding” factors like per-capita income, urbanization, and latitude (people move less in hotter southern regions).

The UBC findings strongly link higher omega-6 intakes to sedentary behavior among pre-teen girls and to diabetes among adult women.

Disturbingly, the link between higher omega-6 intakes and sedentary behavior was seen in girls as young as 11 years of age.

Ghosh and his team ask whether we can blame — at least partially — the steady, decades-long rise in omega-6 intakes for the physical laziness documented in Canadian and American adults and children alike. “This data is extremely significant,” said Ghosh. “Nobody has made this connection and it’s time for an intervention. And if someone is beginning an exercise program without taking a close look at the fats, especially omega-6 they are consuming, or changing what they’re eating, then it might be doomed to failure.”

“Doomed to failure” is probably an exaggeration — but it’s an understandable and forgivable one, given the importance of his team’s landmark finding.

And, given the other known evils of America’s enormous omega-6 overload, evidence that it may also sap your energy could provide critical motivation for some to make an “oil change”.

I only use and recommend cooking with healthy oils like coconut and fish oil supplement is pure fish oil in the proprietary blend, “1440 Omegas”. All the fish used undergoes triple testing to insure its purity and quality. This is only available through the source of all products endorsed by me, Natural Rejuvenation Solutions.CLICK link 1440 Omegas to order.