Issue 4.06.18 "DIGEST" This: SALT Doesn't Raise Blood Pressure in Most

Contrary to what consumers and patients have been told by their doctors that…salt intake directly causes high blood pressure...the TRUTH will shock you! 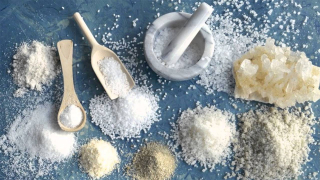 Researcher Lynn L. Moore, an associate professor of medicine at Boston University School of Medicine in Massachusetts, completed the study with her team.

Over the 16-year follow-up period, the researchers observed that the participants who consumed under 2,500 milligrams (.0005 tsp.) of sodium each day had higher blood pressure than those who consumed higher quantities of sodium. The results seem counterintuitive. As the authors write: "While we expected dietary sodium intake to be positively associated with both SBP [systolic blood pressure] and DBP [diastolic blood pressure], the opposite was found."

Although the findings appear to kick against the status quo, they are in line with other recent studies asking similar questions. Research has shown that there is a "J-shaped relationship" between cardiovascular risk and sodium. This means that low-sodium diets and very high-sodium diets both carry a higher risk of heart disease – demonstrating again that moderation in everything is essential. Many people in the United States sit in the middle of this curve, where the cardiovascular risk is at its lowest. In closing, according to researcher Lynn Moore, "We saw no evidence that a diet lower in sodium had any long-term beneficial effects on blood pressure. Our findings add to growing evidence that current recommendations for sodium intake may be misguided."

Potassium – As Important as Sodium

Similar effects were also seen when magnesium and calcium intakes were analyzed; higher levels were linked to lower blood pressure, and vice versa. What’s important to keep in mind is that ratios, as seen on a hair tissue mineral analysis (HTMA) are what we must look at most, not individual intake or supplementation.

The scientists concluded, "These long-term data from the Framingham Study provide no support for lowering sodium intakes among healthy adults to below 2.3 grams per day as recommended. This study does support the finding of a clear inverse association between potassium, magnesium, and calcium and blood pressure change over time." Moore also makes it clear that there may be certain people who are particularly sensitive to sodium and who might, therefore, benefit from reducing salt in their diet. Perhaps in the future, methods of screening for salt sensitivity might help to establish which individuals need to be more careful.

As more studies conclude that sodium's role in hypertension is less vital than once thought, dietary recommendations are sure to change in line with the findings. This changing field of nutrition science is one to watch.

A high salt diet is known to increase the risk of hypertension. A recent review concludes that consuming adequate potassium levels might be just as important for maintaining a healthy blood pressure.

It is well-known that foods high in potassium help to keep blood pressure in normal range.

High blood pressure (or hypertension) is a silent killer. Worldwide, it affects an estimated 1 billion people. Approximately 75 million of these live in the United States - totaling around 1 in 3 people. The World Health Organization (WHO) calculates that hypertension is behind 51 percent of stroke-related deaths and 45 percent of heart disease deaths.

A most recent review, published in American Journal of Physiology - Endocrinology and Metabolism, shows that high sodium intake is not the only important dietary factor; potassium also has a vital role to play. 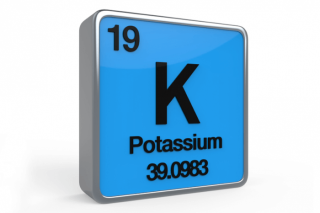 Potassium, an electrolyte, is necessary for nerves to transport messages and for muscles to contract. It keeps the heart beating and helps to ship nutrients into cells and remove cellular waste. Potassium also assists in the maintenance of healthy bones and reduces the risk of kidney stones.

The author of the current review, Alicia McDonough, Ph.D., professor of cell and neurobiology at the Keck School of Medicine at the University of Southern California, sums up her findings: "Decreasing sodium intake is a well-established way to lower blood pressure, but evidence suggests that increasing dietary potassium may have an equally important effect on hypertension."

Her review explores the links between potassium, sodium, and the sodium-potassium ratio, as seen in a hair tissue mineral analysis (HTMA), delving into a range of studies in the field and drawing conclusions about potassium's benefits. The investigation included interventional and population studies, as well as research into the molecular mechanisms involved.

Head researcher, McDonough, found a number of population studies demonstrating that higher dietary potassium, as rated by urinary excretion or dietary recall, was generally associated with lower blood pressure, regardless of the level of sodium intake. Other studies looking specifically at potassium supplements gave similar findings.

Beyond population studies, McDonough looked at sodium-potassium research in rodent models to help explain the potential mechanisms behind this interaction. It seems that the body uses sodium to keep a check on potassium blood levels.

"When dietary potassium is high, kidneys excrete more salt and water, which increases potassium excretion. Eating a high potassium diet is like taking a diuretic."

The researchers’ conclusion, in a nutshell, is that potassium is vital for keeping blood pressure within a normal range. Sodium is still a key player, but simply reducing salt intake alone may not be enough to control hypertension.

McDonough explains that raising potassium levels in the diet will require a conscious effort. As humans evolved, they ate a great deal of fruits, vegetables, roots, beans, and grains, all of which provide an ample supply of potassium. However, sodium was less easy to come by and, therefore, we evolved to crave salt. Our natural desire for salt has since been satisfied by the food industry, who mix more than we require into processed foods.

At the same time, potassium levels in our diets have steadily dropped as we move away from fresh fruit and vegetables.

As McDonough says: "If you eat a typical Western diet, your sodium intake is high, and your potassium intake is low. This significantly increases your chances of developing high blood pressure."

The HTMA is done in the privacy of your home. A hair testing kit will be sent to you with complete instructions. For a FREE copy of my eBook that will answer your questions about HTMA and includes dozens of scientific studies, CLICK the LINK:  Download HTMA eBook: