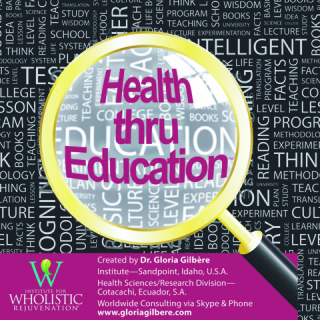 No one who responds to seasonal allergens looks forward to spring, especially when the tree pollen's and dust begin flying. That said, you can minimize or eliminate – as I did – allergic responses to airborne triggers by taking simple steps you may not have considered. In addition, using a proprietary homeopathic remedy to not only rid yourself of symptoms but to take proactively before the season is well on its way, is your best "insurance". AND, March is the time to begin that therapy.

More than thirty years ago I relocated from Southern California to Northern Idaho to open two natural health clinics. I never had seasonal allergies in California and I lived in both the southern and northern parts of the state. I didn’t give any thought to protecting myself from, or that I’d even respond to, airborne pollutants – was I in for a surprise!

The first spring, around mid-March I found myself with nagging frontal headaches, itchy swollen eyes, post-nasal drip and then by the first of April I developed a full-blown sinus infection with a headache that felt like a sledge hammer landed on my head. I hadn’t had a sinus infection in more than twenty years and after trying everything non-drug I finally ended up in the emergency room. The physician that saw me asked if I had a history of sinus infections. After taking a complete history, he commented, “Oh, if you just relocated here you’ll always have symptoms and/or infections this time of year with the burning of farm fields at the end of summer, and in the early spring all the pine pollen's and dust flying around, just get used to it the rest of the year is beautiful here.” I couldn’t believe my ears...just get used to it! The only thing he could offer was an antibiotic for the sinus infection and an injection of a steroid (Kenalog) to help with the acute inflammation. Being a doctor of natural health, I KNEW what side-effects could ensue but I was in SO much pain I felt I could do anything once surely without terrible side-effects, right? WRONG...Click to continue reading...

Yes, my sinus infection cleared up, my head stopped pounding, my eyes were now back to normal albeit still couldn’t wear my contact lens because my eyes became too irritated with the continual barrage of airborne pollutants. In addition, I experienced the exact same side-effect of the antibiotic that I deal with in my patients...a yeast infection that was painful and itchy – of course those are the side-effects of the antibiotic killing ALL the bacteria, good and bad.

Within approximately four weeks, my hairstylist commented that my hair was coming out in handfuls when she shampooed. I have always been blessed with enough hair for two women but it was becoming thinner and hard to manage. With all the travel I did, I had my hair styled weekly so she was the best barometer of what was occurring with my hair. I never related the hair loss to the Kenalog injection until several patients I consulted with began losing their hair and in my case history intake I asked about Kenalog or any kind of corticosteroid use. Sure enough, when sudden hair loss began in these patients they had either injectable or oral corticosteroids prescribed for allergies. It is my experience that this drug causes the same symptoms it is meant to treat and many more – some serious. The mystery was solved and I went on with my health detective investigation to formulate a homeopathic to help my body not only avoid the symptoms by building my natural resistance to airborne pollens and weeds but to also protect me proactively. The yeast infection was resolved with high potency probiotics of 200 Billion microorganisms in one serving for 14 days and the spring allergies were resolved with the creation of a special homeopathic.

After consulting with my homeopathic pharmacist, he suggested I get some “un-touched” pollen of every kind possible in my area and send him a petri dish full. Oh great, I had to actually collect the stuff that made me so sick. 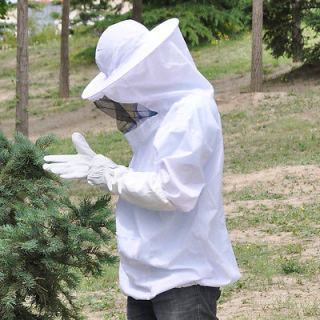 Oh well, a good health detective must endure in whatever terrain they must tread in order to succeed in solving the case, right?

My clinic was on the second story of a walk-up medical building in Idaho with a wrap-around deck. What happened next is comical now but it wasn’t then. My secretary and I climbed on a tall latter to the huge pine trees hanging over the balcony of the building. Armed with hoods, shields, gloves and fully-covered, we shook the branches until we filled two petri dishes of pollen. (YES, that’s what I looked like during my pollen collection safari, go ahead and laugh, I do now).

The pollen was sent to my homeopathic pharmacist to make a remedy because in homeopathic medicine – like cures like – taking some of the offending substance in a homeopathic helps build resistance to the substance and alleviates symptoms.  As the years passed and clients raved about its effectiveness we had newer complexes made that now include as many airborne pollens and weeds as available nation-wide as well as some for other countries when clients can send me local pollens and pollutant substances.

Be PRO-active Not RE-active…

After more than thirty years, this proprietary homeopathic formula, Pollen & Weed, is used by thousands worldwide and my patients wouldn’t be without it. I use it beginning March 1st every year and all I need is 6 drops under my tongue once daily to avoid any symptoms of spring allergies. If I go to a new area I need to take it 2-3 times daily because my body hasn’t yet built immunity to the new species, but this formula still helps me avoid symptoms by stopping them before they cause irritation that can become an infection. I stop taking the remedy about June or when the nasty airborne pollen has subsided. If you don’t take the remedy until AFTER you have symptoms you’ll need to take 6 drops under the tongue 5-6 times daily until all symptoms subside then you can adjust depending on exposure and symptoms. I call it Nature’s Pollen & Weed Solution because it works so well. I even have clients from Brazil, Australia, England, South Africa, Ecuador and Mexico who order it every year because they have been recipients of its benefits.

After taking the remedy for one entire season, you’ll see that you need less and less in subsequent years as your body adjusts and builds its own resistance with the help of the remedy.

In a later issue, I’ll share with you the other homeopathic that necessitated being formulated for dealing with the dampness and mold of fall allergies.

Other Irritants to Watch For…

When pollen counts are high it’s best to wear your glasses rather than contact lens. According to David Rosenstreich, M.D., director of Allergy and Immunology at Montefiore Medical Center in the Bronx, NY, "If you trap pollen in your eyes and it stays there, you may experience more problems that can lead to a serious infection."

Soft contact lenses especially are prone to absorbing airborne irritants, like pollen or smoke, because they're permeable. A soft lens lets more oxygen through but can absorb anything in the tears, according to Steven Shanbom, MD, a board-certified ophthalmologist in Detroit. If you're set on wearing contacts and don't like hard lenses, you may want to look into disposable ones you can throw out daily to prevent pollen buildup during the season.

If you're sneezing and sniffling, you could also be sensitive to some fruits and vegetables – called oral-allergy syndrome (OAS). The Asthma and Allergy Foundation of America estimates up to a third of patients allergic to pollens may be affected. What’s apparently to blame is a protein found on the surface of some raw produce, including apples, tomatoes, and cantaloupe – though each pollen allergy has its own set of trigger foods. "Pollen and food proteins are like first cousins, so your body thinks you’re swallowing pollen," according to Cliff Bassett, MD, founder of Allergy and Asthma Care in New York City. "This usually leads to symptoms like an itchy throat and mouth as well as cough and post-nasal drip. Peeling produce may help reduce your reaction. Even cooking the produce may help. Just be careful—research shows about 2% of people with OAS have symptoms than can progress to potentially life-threatening anaphylactic shock, according to the Asthma and Allergy Foundation of America.

Since my specialty includes allergic response syndromes and inflammatory disorders, I am constantly playing health detective with my clients when they experience allergic reactions/responses and this is what I teach my Wholistic Rejuvenist Practitioners. Additionally, many people with existing inflammatory conditions like fibromyalgia experience an acceleration of symptoms when, for instance, cantaloupe is consumed. I believe it’s the mold that forms on the outer skin because other melons don’t seem to “ignite” the same inflammatory responses. I, for one, avoid cantaloupe because it does create some inflammation not previously experienced in those with underlying inflammatory conditions.

Nature always has a remedy or natural food for us so in my practice, I always use Food as Medicine, Homeopathics and Herbals when possible. Health thru Education™ is my life’s passion, share information so that our wholistic health reach broadens more each year.