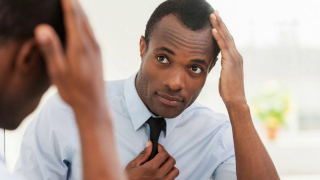 When it comes to dandruff, most people focus on the flakes. Itching, on the other hand, may be the most uncomfortable side effect. SO…what exactly is your scratchy scalp trying to tell you?

By age 20, about 50 percent of the population worldwide, and 20 percent of Americans have suffered from dandruff, which is an excess of dead skin that dots your hair and shoulders, along with a potentially itchy, and scaly scalp that may also be accompanied by redness and irritation. A small amount of flaking is normal, as skin cells do die and flake off your scalp, but some people experience an unusually large amount of flaking, either chronically or as a result of certain triggers – let’s review the causes…CLICK to continue reading... 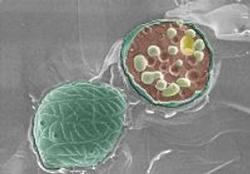 The malassezia globosa fungus uses enzymes, called lipases, to metabolize the oils,         creating a by-product called oleic acid. The acid penetrates your skin and triggers skin          cell shedding. According to Des Tobin, professor of Cell Biology, University of Bradford,            "This yeast is strongly implicated in dandruff, though the nature of this relationship       between the two isn't completely clear…It may introduce an inflammatory immune       response in some people because the yeast produces enzymes capable of causing the      scalp's surface cells to increase their shedding rate."

Getting to the “Root” Causes of Dandruff…

Even juices or consuming lots of fruit can perpetuate the growth of the fungus. SO…switching to             a low-sugar, no-, or low-grain diet will be an important strategy to fight this underlying cause of             dandruff.

Anyone can struggle with dandruff at any point during their lives, however men are more likely to have dandruff than women. This may be because the condition is related to male hormones or because men have larger oil-producing glands on their scalps.

Your age may also be a factor. Most cases of dandruff occur between young adulthood and middle age, although it's possible to get it at any age. Dandruff is also more likely to strike in people recovering from an illness, such as a heart attack or stroke, or in those with compromised immune systems (including those with HIV).

People with neurological diseases, such as Parkinson's disease, Alzheimer’s and Dementia are also more likely to develop seborrheic dermatitis and dandruff, although the reasons for this are unclear.

Are Medicated Shampoos the Answer?

You may be tempted to opt for a medicated shampoo if dandruff is a problem for you. Some of the most popular brands contain zinc pyrithione, an antifungal that, although effective at controlling dandruff, is NOT a cure. If you stop using the shampoo, the dandruff is likely to return, which is why many people end up having to use it at least a few times a week to stay dandruff-free.

Other shampoos contain ketoconazole, another antifungal that may irritate your scalp if you use it more than twice a week. Plus, one study found such shampoos left hair harder to comb, less smooth, and frizzier than the zinc pyrithione shampoo.

Coal tar is another common ingredient in dandruff shampoos. This works by slowing the growth and die-off of skin cells on your scalp, so there's less flaking. But this is the last thing you want to be rubbing into your scalp, as it's a known carcinogen.

Not to mention, recently fungicides from dandruff shampoos were detected for the first time in water that had already gone through wastewater treatment plants. The fungicides are thought to be killing algae, harming growth in larger plants, and impacting fish and other marine life.

According to Statista, a data collection cooperative, census data collected in 2016 reveals that approximately 11 million United States citizens use Head & Shoulders shampoo for at least eight times a week.

That these products do help in the short term is obvious, but what many won’t tell you is that some of the ingredients used are bad for your health. The line between good and bad hair products has been blurred thanks to aggressive marketing and celebrity endorsements.

Cause for Alarm: Carcinogenic Ingredients

Commercial shampoos have become very common in the fight against dandruff. However, their use, as we have seen, exposes patients to a host of pathogenic substances that may cause various forms of cancer and other maladies. So, “What other options do we have?” One might ask. Fortunately, there are natural ways that you can use to fight dandruff that is backed by strong scientific evidence. Below are the main options:

Coconut oil contains lauric acid which fights growth and development of Malassezia and other fungi that are associated with diseases like Piedra and folliculitis. In addition, coconut oil is an effective moisturizer that can help keep your scalp moist. Thus, it can help you to get rid of the dry, white flakes that develop due to dandruff. For best results, it’s important to rub the oil into the entire scalp and leave it on for at least 30 minutes, after which you can rinse the scalp with plenty of warm water. Keep in mind that coconut oil is also antifungal and anti-inflammatory so the benefits are widespread.

A homemade shampoo made by combining a bunch of rosemary with 1 cup of apple cider vinegar is not only less expensive than most commercial shampoos, and in my experience actually works better. Unlike commercial shampoos that can strip away the natural oils from your hair because of the chemicals, this natural shampoo is also great for hair loss.

Rosemary helps to reduce inflammation that is noted in the early stages of dandruff development. Apple cider vinegar is mildly acidic, making it an effective killer of fungus and bacteria that may attempt to thrive on your scalp.

The best thing you can do is buy a high-quality Omega complex and take it every day. This is quite a lot to consume, but the effect can be remarkable for anybody with dry skin, or a dry scalp.

If you use an oil instead of capsules, the mixed oils should contain pumpkin seed oil, hemp seed oil, avocado oil, evening primrose oil and pomegranate oil or some mixture and of these and any others that you find suitable and/or delicious.

If you want to make a homemade version of dandruff shampoo, try crushing two aspirin tablets and mixing it with your organic shampoo (in the palm of your hand) just before you wash your hair. Aspirin contains salicylic acid, which is used in many dandruff shampoos to loosen flakes and make them easier to wash away. Let the mixture sit on your head for a minute or two before rinsing and repeating with regular shampoo.

Tea tree oil has natural antiviral, antibacterial, and antifungal properties that can reduce inflammation and effectively treat infections. One study found using shampoo with 5 percent tea tree oil lead to a 41 percent improvement in the severity of dandruff.

Lavender oil is also a potent antifungal that is likely to have similar effects. You can try this method by adding a few drops of tea tree oil or lavender oil to your organic shampoo and using as normal.

Grab a handful of baking soda and rub it into your wet hair and scalp vigorously, then rinse. The baking soda will help to reduce fungi because it has an alkaline response and after a few weeks may help your scalp producing natural oils for softer hair.

Like apple cider vinegar, lemon changes the pH of your scalp so dandruff is less likely to occur. Massage two tablespoons of lemon juice into your scalp then rinse. Next, add one teaspoon of lemon juice to one cup of water, and use it to rinse your hair. Try this daily until you notice improvement.

Salt works because it's abrasive. When you massage some onto your dry scalp, it'll help to loosen flakes so they're easily removed when you shampoo.

Garlic is another natural antifungal, which can be crushed and rubbed into your scalp to help stop dandruff. To make it easier to apply and reduce the smell, try mixing it with honey first and then shampooing your hair as usual.

Stress is known to trigger dandruff and make symptoms worse, so regular stress management is crucial for just about everyone. For some, this might include staying away from negative or overly-stressed individuals and situations, or at the very least turning off the nightly news if it is too upsetting, to avoid feeling empathic stress. Ultimately, however, what you do for stress relief is a personal choice, as your stress-management techniques must appeal to you and, more importantly, work for you.

If a round of kickboxing helps you get out your frustration, then do it. If meditation is more your speed, that's fine too. Energy psychology techniques such as the Emotional Freedom Techniques (EFT) can be very effective as well, by helping you to actually reprogram your body's reactions to the unavoidable stressors of everyday life.

Zinc helps to control the production of oils on your scalp, and it's this excess oil that may encourage the growth of dandruff-causing fungus. B vitamins, particularly, vitamin B6, helps with proper zinc absorption in your intestines, and a vitamin B6 deficiency has been linked to dry skin and dandruff (zinc deficiency has also been linked to flaky skin like dandruff). Animal products, like oysters, grass-fed beef, cheese, and pastured chicken, are by far the richest of dietary zinc, but you can also find it in pumpkin seeds, sesame seeds, cashews, almonds, and in supplement form.

Finally, remember that in order to get rid of dandruff for good, you need to address the underlying cause. If that cause is an overgrowth of yeast or fungus, you should tackle the problem by cutting down on your intake of sugar and grains, as these will rapidly increase the growth of fungus (worsening symptoms of dandruff). If you need help getting started on a healthier diet, a customized nutrition plan provides a step-by-step guide.

Simply put, you cannot afford to trust today’s popular anti-dandruff shampoo brands at the expense of purely natural ingredients. The power of brand marketing has duped many into believing in products that may end up doing more harm than good in the long run. Going natural may be the least expensive, yet the most effective way to safeguard the health of your hair and body in general.

If you haven't yet performed a hair tissue mineral analysis (HTMA) you should consider it. This simple hair sample analyzed by an FDA approved laboratory and interpreted by me along with individualized wellness protocols shows your "invisible metabolic blueprint"...if you have nutritional imbalances the underlying cause must be addressed for long-term effectiveness of the problem.

Download HTMA eBook for a FREE copy of my eBook explaining all about hair tissue mineral analysis along with all the scientific references. The book also guides you to order your hair test kit.

Posted at 12:00 AM in At Home Testing Kits, Hair/Scalp Health, Health Education | Permalink