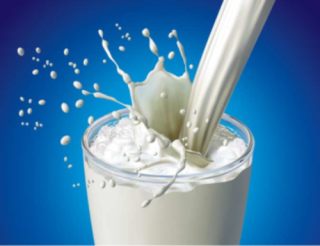 We’ve been “sold” a bill-of-goods for many decades about the health benefits of milk, particularly when it comes to preventing deterioration of bones – namely osteoporosis.

Science has once again finally shattered the myth that milk makes strong bones.  A new Swedish study links drinking milk to higher rates of bone fractures and even death!

The study tracked the eating habits of over 60,000 women for 20 years and over 45,000 men for 15 years. Researchers found that drinking more milk did NOT lead to lower risks of bone fracture.  In fact, women who drank three glasses of milk per day broke more bones.  Compared to women who drank less than one glass per day, heavy milk drinkers had a 60% greater risk of breaking a hip and a 16% higher risk of breaking any bone.

Why does milk lead to more broken bones and higher death rates?

SO, I’m sure you’re asking if milk doesn't build strong bones, what does?  Below are 10 foods proven to be a better choice for reducing your fracture risk and keeping your bones strong.

And researchers from Texas Tech University showed that 500 mg of green tea polyphenols improves bone health after three months and muscle strength at six months. That's about what you get in four to six cups of green tea.  The green tea compounds support osteoblast activity (bone building) and suppress osteoclasts activity (bone breakdown).

As a gift to my readers, I’m giving you FREE access my eBook “All About HTMA” Download HTMA eBook