Issue 9.23.16 Avoid Goitrogen-rich Foods if You have Thyroid Dysfunction

My patients with hypothyroidism keep asking about stories they’ve heard in the news or seen on-line about the effects of certain foods on their thyroid health. This article hopes to separate fact from fiction with a sprinkling of common sense rather than all or nothing. To enlarge graphic below click on photo. 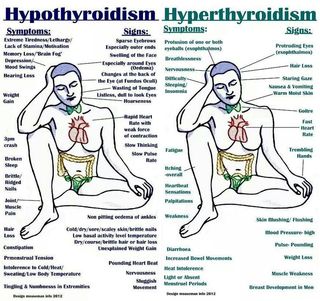 Yes, foods containing goitrogens, compounds that make it more difficult for the thyroid gland to create its hormones are not advised with thyroid dysfunction. However, reports that tell you to completely avoid foods that can be healthy are prophesizing the all or nothing approach, which in my experience is not well placed.

What is not often mentioned in the cautionary mention about avoiding foods containing goitrogens is that you can prepare those same foods by simply lightly steaming your vegetables before eating them and still have your “cake” and eat it too. Steaming significantly, or completely, reduces the amount of goitrogens. Soy is the most common concern, but broccoli, peanuts, strawberries, kale, and other vegetables are also on most avoid lists. Don’t buy into the messages that if you have any kind of thyroid issues you must avoid these foods altogether. Know the facts before you decide to remove healthy, nutritious foods when it’s not necessary.

The following are questions I’m commonly asked; my intent is that they will clarify most of what is needed to lessen or avoid goitrogens in foods that may be health-depleting to your thyroid health.

They are naturally-occurring chemicals ingested in foods or drugs that interfere with thyroid function in various ways. Some compounds induce antibodies that cross-react with the thyroid gland; others interfere with thyroid peroxidase (TPO), the enzyme responsible for adding iodine during production of thyroid hormones. Either way, the thyroid isn’t able to produce as many of the hormones needed for regulating your metabolism.

(Click on graphic to enlarge) Yes, many foods contain goitrogenic compounds…the good news…in most cases you don’t have to cross them off your grocery list. The following will give you an in-depth look at these compounds and how you can keep them in your diet even if your thyroid is under-active (hypo).

Gluten: It surprises people to see gluten at the top of my list of potential goitrogens, but the truth is gluten sensitivity contributes to a wide range of autoimmune responses aside from celiac disease (the one for which it’s best known). Gluten sensitivity has been found to go hand-in-hand with autoimmune disorders such as type 1 diabetes, Addison’s disease, Sjögren’s syndrome, rheumatoid arthritis, and autoimmune thyroid disease. I commonly recommend that my patients consider eliminating gluten from their diets, particularly if they already have an autoimmune disorder.

If you have autoimmune hypothyroidism, you should…

Soy isoflavones: Soy is a very healthy food, as long as you have Asian DNA in your blood line. Otherwise, you don’t have the enzyme necessary to break it down and then it can become a toxin to your body. Is soy in general healthy, the answer is yes. However, one legitimate concern is that soy does contain goitrogenic compounds, specifically the soy isoflavone genistein. This compound, just like thyroid hormones, accepts iodine molecules from the thyroid peroxidase (TPO), which again, is the enzyme that also transfers iodine to the thyroid hormones. Some researchers suggest that genistein and similar isoflavones compete with thyroid hormones for iodine or alternatively may “block” the action of TPO. Remember, if you begin with poor iodine nutrition, removing goitrogens from your diet will not restore iodine nutrition.

The good news...the goitrogenic activity of soy isoflavones can be at least partly “turned off” by fermentation. With soy foods, consider fermented, cultured, or otherwise “aged” soybean products such as tempeh, soy sauce, miso, and natto. These methods of processing soybeans alter the activity (goitrogenicity) of the phytochemicals they contain. If you do eat whole soybean foods such as edamame or tofu, eat them cooked or steamed.

Isothiocyanate:. These compounds are primarily found in cruciferous vegetables, such as cabbage, Brussels sprouts, broccoli, broccolini, cauliflower, mustard greens, kale, turnips, and collards. Isothiocyanates, like soy isoflavones, appear to block TPO, and they may also disrupt signaling across the thyroid’s cell membranes. But no one would argue that these vegetables are bad for you, given that they are filled with vitamins, minerals, antioxidants, and a variety of nutrients we all need (aside from being delicious!). Women with thyroid problems definitely should not avoid them — instead, enjoy them steamed or cooked, as the heat alters the isothiocyanates’ molecular structure and eliminates the goitrogenic effect.

AND…certain “potentially goitrogenic” compounds are also present in small amounts in peanuts, pine nuts, millet, peaches, strawberries, spinach, and cassava root, among others. I tell my patients who are concerned about these foods that unless they’re consuming them in high amounts on a continual basis, they’re not likely to have undue impact on their thyroid health, because the possible goitrogens are present in such minute quantities.

I’d like to emphasize that these foods won’t pose a problem for people with healthy thyroid function, nor will they be harmful when used in moderation by those whose thyroid function is impaired, but excessive and regular use of foods containing goitrogens is reported to trigger or exacerbate a thyroid problem. This is all the more reason to make sure your diet contains a variety of delicious, healthy, whole foods — we weren’t meant to eat the same thing over and over!

The Way I See It… when you need to supplement your thyroid with a bio-available source of iodine from sea vegetables that also includes specific homeopathics to help support thyroid function, consider the proprietary blend Wholistic Thyroid Balance, available exclusively through NaturalRejuvenation.Solutions. It is easily and completely absorbed by the body – it is recommended you begin with just one drop under your tongue. For complete details on how to do a home-test for thyroid function as well as how to supplement correctly, click here.

My mom has some thyroid issues. I'm the one who cooks for her everyday so this guide will really be helpful. I'll be printing this one and post it on our refrigerator so she won't be able to insist any food that's not right for her. Thanks for this!