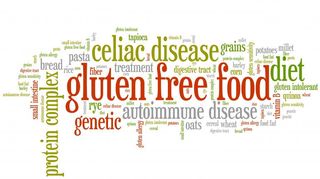 Yes, gluten concerns in both those with a full diagnose of Celiac or those who are gluten-sensitive, are growing exponentially. It is now estimated that 1 in 3 adults in the US are reducing gluten consumption or are forced because of allergic responses to completely avoid it – the reasons for gluten sensitivity/intolerance, in my research, are the topic of another investigative report...click to continue reading...

The most challenging aspect of following a gluten-free diet is that it’s “hidden” in a multitude of sources that includes, but is certainly not limited to: candy, sauces, condiments, processed meats, vegetarian proteins, flavors, colorings, and various kinds of texturizers. 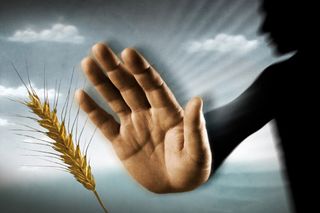 FINALLY, an advanced gluten digestion support nutraceutical formula was released and is touted as one of the most advanced scientific breakthroughs in nutrition support. It contains an enzyme called Tolerase® G – a naturally-occurring, non-animal-based enzyme shown to effectively break down gluten.

This formula was not designed for those who are completely intolerant of gluten (Celiac disease) but rather for those of us who are sensitive to the effects of gluten and can use some protection against hidden sources or for those special times when that special event cake or hot bread out of the oven  is just too tempting to pass up. Taken at the beginning of a meal, this new enzyme has been shown in laboratory and human studies to effectively degrade gluten proteins. It has also shown to break down the gluten BEFORE they reach the small intestine – which is the key factor for supporting digestive health, comfort and avoiding the usual associated symptoms that include bloating, gas, and decreased elimination transit time in the colon.

The additional differences in this new enzyme for gluten digestion:

It is a professional product only available from health practitioners -- Watch out Gluten, you have  finally met your match!

GlutenDigest is available through the exclusive distributor of all products and services used and recommend by Dr. Gloria, click here to order.