Issue 7.24.15 Are You Deficient in the MOST Important Mineral in Your Body? 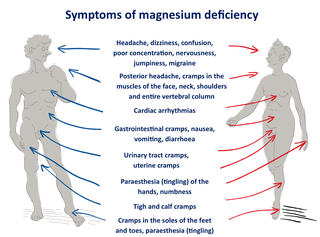 You’re most likely one of the 80% of people who have low levels of magnesium and you don’t even know it, until now. Because magnesium is only 1% in your blood, routine blood and urine testing commonly misses its deficiency, for good reason. That said, when you perform a Hair Tissue Mineral Analysis (HTMA), all of your nutrient levels show and that’s why this method of testing has been used for decades by scientists and researchers, particularly in anthropology. HTMA is basically the scientific examination of a hair sample taken at the root, preferably at the base of the head...Click to Continue Reading...

In this investigative report I’m only dealing with magnesium deficiency because it is SO prevalent – pointing  out how the HTMA test can better identify its presence, or lack of it. The HTMA is an invaluable part of my clinical practice and many of you keep asking for more information, thus, this is the first of several reports that will hopefully shine a brighter light on its importance and value. My experience shows it identifies underlying causes not usually identifiable in conventional testing methods. I’ll also provide specific examples to help you see its value.

You’re Most Likely Asking – What ARE Symptoms of Magnesium Deficiency?

When the body and mind are under excessive stress, a magnesium deficiency will usually manifest as a result of the body using its “reserves” quicker than they’re being replaced in an attempt to “calm” the effects of stress.

Forms of Magnesium supplements and their differences:

HTMA basics are actually simple; however, the interpretation and protocols to correct imbalances are intricate, scientific and require advanced training for correct interpretation. Interpretation is not simply that a nutrient/toxin registers high, for instance, and  indicating you have too much. It can also mean your body is “dumping” it because of other nutrient/toxic imbalances that prevent cofactors needed to utilize that substance or detoxify it – it’s not as cut-n-dry as what’s high and what’s low.

CASE HISTORY: A great example of a health professional not certified in HTMA and how they could MIS-interpret test results is provided in the link of test results from a client of mine whose HTMA test showed very high magnesium and, in fact, she was having serious allergies, cardiovascular symptoms that sent her to the E.R. several times believing she was having a heart attack, and G.I. symptoms that prevented her from eating and her weight was down to 78 lbs. In fact, her body was "dumping" magnesium because other nutrients were so out-of-balance the body couldn't use it! Is it any wonder this woman was experiencing the above symptoms? Without magnesium the right signals are not sent to the muscles, including the heart muscle! Click the link below to view sample page of her HTMA lab report.

When new hair cells are forming the hair follicle, they take-in traces of substances going through your blood, and as hair grows, new cells push out older ones. As cells emerge from the bulb, they die and harden and create a long-lasting record of whatever was in the blood when they were forming.

In addition to the actual hair strand itself, the sebum that coats the hair (from sebaceous gland connected to the hair follicle) also contains traces of the drugs and minerals flowing through the body. And, if the root or the root sheath is attached to the hair, it provides a deoxyribonucleic acid (DNA) record as unique as a fingerprint.

This type of testing can provide a more exacting long-lasting record (archive) of what passes through the body than that of blood or urine. Each hair lives about 5-6 years before it falls off the scalp, unless there are extinguishing health consequences for it to fall out sooner.

Modern, more sophisticated, hair analysis uses gas chromatography/mass spectrometry (GC/MS) to chemically test hair or find its DNA composition. Usually, a pencil-tip thickness of hair close to the body (from the region behind the head just above the neck) is cut out. The hair closest to the scalp is used because it is the most recent growth, and can be expected to show the most recent condition of the body.

The lab sample of hair is usually dissolved and the extract is analyzed for minerals, drugs, toxins or heavy metals. This data is then used to report/identify imbalances that can lead to diseases and deficiencies/excesses in your system.

Another accepted use of hair analysis is to show if someone has been taking illegal drugs – cocaine, marijuana, amphetamines, or alcohol. The analyst checks for the presence of the substances themselves or their metabolites (the products of the body’s metabolism of these substances) in the strand of the hair. The results of such tests have been acceptable in courts of law a long time. SO, if you had any doubt of the effectiveness and value of a HTMA, hopefully, those doubts have been dissolved.

Other Benefits of HTMA:

Approximately 30 to 40 days after exposure to a large amount of lead, elevated blood levels may be undetectable in blood or urine testing. This is due to the body removing the lead from the blood and depositing the metal into such tissues as the liver, bones, teeth and hair as a protective measure.  Once the lead is removed from the blood, typically, it will not show up in blood or urine test.  However, it will still show in a properly performed hair analysis. 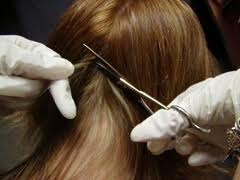 If you are experiencing any of the symptoms of magnesium deficiency listed in this report and all other testing shows, “within normal range”, consider ordering the HTMA kit. It’s easy with complete directions and diagrams to show you how to cut the hair sample and then you mail back to us and we submit to the lab. As soon as the report is received we contact you for a telephone consultation to interpret the results and provide nutritional protocols to assist in correcting imbalances.  You do not have to be a client in order to order and consult regarding the results. Click here to order.