« Are You CONNECTING Your Oral Health to Your Overall Health? | Main | #8.15.14 Laxatives – A Health-depleting Trend and a Healthy Alternative » 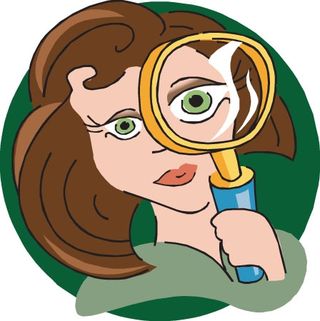 In my previous investigative report I shared the vital importance of our lymphatic system and its life-saving role. Expanding on that, I share a situation you must become aware of because of the barrage of antibiotic-resistant bacteria becoming all too familiar worldwide. I became a victim recently after what was supposed to be a “routine” biopsy and subsequent removal of a small growth on my arm (diagnosed as Basel cell carcinoma) no larger than the size of an eraser on a pencil. What followed is what the following information is based upon along with my detective work and healthcare experience that allowed me to take control of my own health; otherwise, I shudder to think what could have happened. I hope with this information at hand it will spare all of you the trauma I was forced to undergo...click to continue reading...

Another important thing to consider is the response of your lymph system when under trauma such as when attacked by a bacterial infection like Cellulitis. We often experience infections from a cut, scratch, site of injury and/or surgery, etc., but we often forget that one of the consequences, along with the trauma site, is the response of the lymphatics. Cellulitis occurs when certain types of bacteria enter through a cut or crack in the skin – commonly staphylococcus bacteria. In 50 to 60 percent of cases, skin injuries or sites of surgical incisions are the cause of the infection and it’s a condition to NOT take lightly as at the far end of the spectrum it is Life-Threatening!

Symptoms of cellulitis include, but are definitely not limited to:

•          Drainage if there is an active infection such as Staph or worse, Methicillin-resistant Staphylococcus aureus (MRSA);

•          Sore and/or swollen lymph nodes, particularly on the same side as the wound, AND

a fever if the infection has entered the blood system and become systemic.

Keep in mind that the lymph system is attempting to protect you by working hard to deal with the infection, that’s why nodes become sore. It’s important to do what you can to gently move the lymph fluid by very gentle dry-skin brushing and hydrating more than usual to help “flush” infection. It’s also extremely important that your bowels are moving daily in complete and full evacuations; otherwise, the toxins will stay in the body and continue to add to your already compromised immune responses – expanding your toxic load rather than decreasing it.

Often cellulitis is not taken seriously but the danger is it can spread throughout the body; entering the lymph nodes and the entire bloodstream. In rare cases it enters into deeper layers of tissue and potential complications include, but are not limited to:

•          Inflammation of your lymph vessels as they work to deal with the infection.

If you have any break in your skin, clean it immediately and apply a topical antibiotic on a regular basis several times a day. NOTE: I prefer to cleanse the wound with Silver Hydrosol because it has been used for centuries to kill bacteria and viruses. Cover the wound with a bandage and change it daily until a scab forms. Keep a close eye on your wound for redness, drainage or accelerating pain – these are signs there IS an active infection.

NOTE: Insist on a culture of any site manifesting the symptoms mentioned above. If you see what looks and feels like an infection and your health provider isn’t taking it seriously or refuses to order a culture…go where they will, it’s your body, your health and your right!

MRSA is a bacterium responsible for several difficult-to-treat infections in humans. This infection is nothing to take lightly; According to Medicine Net, more than 19,000 people per year die from MRSA in the US, that data was supplied by the CDC in 2011. However, the CDC recently estimated about 80,000 infections with 11,000 deaths in 2011 alone with a far greater number of infections that occurred in the community, hospitals, nursing homes, and surgical centers – many not officially reported. MRSA has also been identified and termed as a “flesh-eating bacteria” because of its rapid spread and destruction of the human skin and its contagious nature.

In Los Angeles at the 42nd Annual Meeting of the Infectious Diseases Society of America, 14 documented cases of MRSA were reported as becoming necrotizing fasciitis (flesh-eating bacteria). None of those patients died but all had to have surgery to remove infected flesh, three needed reconstructive surgery (skin grafting) and 10 spent time in the intensive care unit, one for a month. Half were originally thought to have less-serious skin abscesses. Four patients initially were given antibiotics to which the bacteria were resistant; all 14 patients were eventually successfully treated with the identified specific antibiotics of vancomycin and/or clindamycin. Once an infected site is biopsied the appropriate antibiotic will be identified on the culture report; anything less is like shooting rubber bands at the moon while valuable time is wasted.

Infections are no longer like they were in our great-grandparents generation; they’re becoming more serious and drug-resistant – learn to identify the signs of an infection and insist on a culture if you even suspect the symptoms/manifestations are more than “normal” healing…insisting on a culture and then proceeding to take control of my own health saved me, it may save you!

I worked with many clients who developed MRSA after a surgical procedure and their odyssey is very concerning because all of them had to consult with, and use, non-medical modalities to overcome the infection. I'm blessed that I am in the profession of natural health and maintain a close circle of colleagues of like mind, education and expertise. It is now more important than ever for each of us to have a "team" of health professionals whose consciousness is to first "do no harm" so that if the situation arises you can draw from a variety of healing modalities and not become victim of the egos and narrow-minded attitudes so common in today's world of conventional medicine...especially when they go on the "attack" whenever a patient even appears to question their decision. We each know our body, I sure do! When the patient KNOWS the situation is serious and they are not being taken seriously - the unacceptable and unethical attitude exhibited to these patients is the epidemy of arrogance! As a Health Detective I left no stone unturned in order to help myself heal and I, again, must share that experience later once I'm "out of the woods"...to be continued!