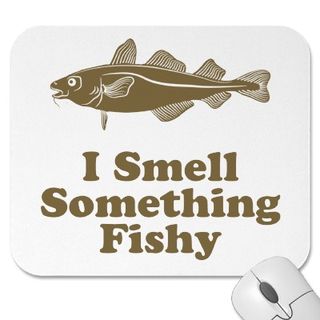 It’s interesting that with all the focus on the health benefits of eating fish that more of my clients and readers don’t know that eating a specific type – Tilapia – can be more toxic than eating cured bacon laced with nitrates.

Yes, fish is a low fat, high protein food with a huge range of health benefits.

However, given what we know about fish and its sources today, we may have to re-examine this statement and become aware that education must take place as to the kind of fish we consume. Fish can either be one of the best foods for you or detrimental to your health depending on where it is sourced. There is a world of difference between fish that is caught in the wild, farm-bred or farm-raised fish. The most common farm-raised fish are: salmon, tilapia, sea bass, catfish, and cod...click to continue reading... 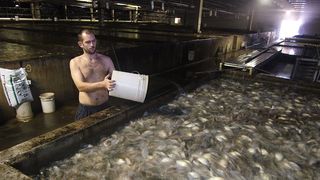 Why farm-raised fish is toxic to our health…

Allow me to be specific.

The above are only some of the dangers that have been linked to eating farm-raised fish. What does this tell us? The biggest lesson that we can get from this is that we should find out where our fish comes from. Not all fish are created equal, and sad to say, farm-raised fish, instead of helping us, may even harm us.

In addition to farm-raised fish being bad for you, there is actually one other creature of the sea that is even more toxic – shrimp.

Shrimp actually holds the designation of being the dirtiest of all seafood, according to Marianne Cufone, director of Food and Water Watch. She says it’s hard to avoid, as 90 percent of shrimp sold in the U.S. is imported. “Imported farmed shrimp comes with a whole bevy of contaminants: antibiotics, residues from chemicals used to clean pens, filth like mouse hair, rat hair, and pieces of insects. And I didn’t even mention things like E. coli that have been detected in imported shrimp.”Part of this has to do with the fact that less than 2 percent of ALL imported seafood (shrimp, crab, catfish, or others) gets inspected before it’s sold, which is why it’s that much more important to buy domestic seafood.

Fish can be an incredible health-building food if you go with wild-caught fish like Sockeye Salmon. It’s loaded with the Omega-3 fats EPA and DHA and has incredible health benefits. Plus, Salmon contains astaxanthin which has been proven to be more powerful than almost any other antioxidant at absorbing free radicals. If you are not consuming Salmon or another wild caught fish a couple times per week then I highly recommend you consume a high quality fish oil like Sockeye Salmon Oil Softgels, 1,000 mg in each capsule -- the only company I use and recommend because their products are quality, safe and tested for contaminants - all from the deep cold waters of Alaska.

This is a security test