You Need to Know...Warning Signs of Parkinson's Disease 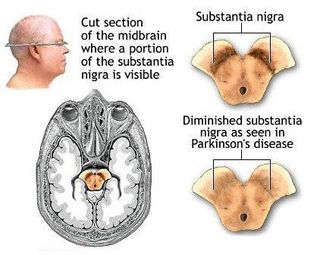 Parkinson’s is a degenerative disorder of the central nervous system. The motor symptoms of Parkinson’s Disease result from the dealth of dopamine-generating cells in the region of the midbrain known as the substantia nigra. The symptoms below are those usually manifested early in the course of the disease. Later in the progression of the disease, thinking and behavioral problems arise, with dementia commonly occurring in the advanced disease stages and, often, the onset of depression.

Daily I’m asked what to look for if you suspect you, or someone you know, may be developing the dreaded disease of Parkinson’s. I am providing the following list as you requested:...click to continue reading... 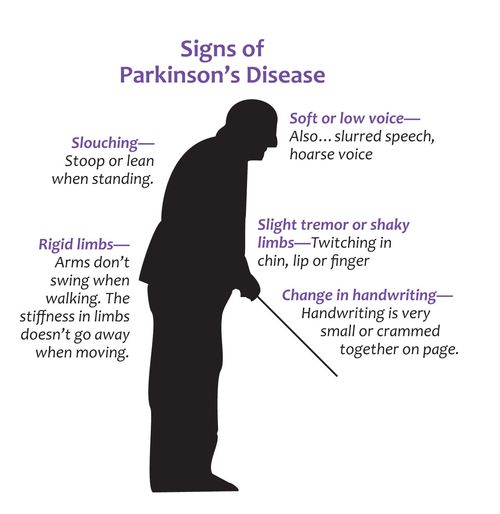 The exact causes of Parkinson’s is still unproven yet, many researchers in integrative medicine, attribute at least some of the underlying causes to use of drugs, pesticides/insecticides, mercury toxicity, AND the prolonged use of chemical sweeteners like aspartame. Again, it is my opinion that a toxic liver that is so over-burdened it can no longer effectively neutralize excessive toxic substances so they build within the body – including the brain. I use and recommend a specific detox “recipe” containing several nutraceuticals for assisting the body to detox; I will again re-publish that “recipe” in my next blog.

The nutraceutical I specifically use to assist in cognitive functions is a professional product containing botanical extracts and antioxidants to support healthy levels of neurotransmitters which may be depleted. It is only available from health care professionals, clik here to order.

Dopamine is produced by neurons clustering in an area of the midbrain known as the substantia nigra, cited above. Dopamine cannot cross the blood-brain barrier, so it must be made in the brain in order to have its effects. L-DOPA, the immediate precursor to dopamine, is able to cross the blood-brain barrier. However, it can also be converted to dopamine in the periphery of the body and then be blocked from entering the brain. This conversion, in both the periphery and the brain, uses the enzyme DOPA decarboxylase, with vitamin B6 as a cofactor. When vitamin B6 has been given concomitantly with L-DOPA, it has accelerated the peripheral conversion of L-DOPA to dopamine, thereby negating the effects of giving L-DOPA in the first place. For this reason, this supplement does not contain vitamin B6. It does contain:

For a proactive approach it is recommended to take 2 capsules daily or as recommended by your health care professional. When Parkinson’s symptoms are already detected/diagnosed, I find that 2 capsules three times daily are effective until improvement and then adjust per your health provider’s direction.

As with any neurological disorder, seek the assistance of your health provider as to what is appropriate for you.