All RICE is Not Created Equal - What to Watch For 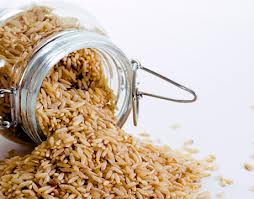 With reports of more and more arsenic being found in our rice supply, patients and readers have asked for more specifics. This investigative report deals with the facts as reported by the Center for Science in the Public Interest. According to Carolyn Smith DeWaal, director of food safety, there are steps consumers should take to reduce their exposure to arsenic in their rice. The following is a condensed and edited list of her top five suggestions:

Rice is grown in water, so the presence of arsenic in the soil can be readily transmitted. Even         though they’ve done away with arsenic-containing pesticidesin the U.S., the arsenic remains in         the soil [and other arsenic-containing ingredients in animal feed to prevent disease and promote         growth are still permitted]. Once in the soil, the arsenic can come into the roots and into the         grain of the rice itself.

Rice grown in California wouldn’t have the same problems — California-grown rice has much         lower levels of arsenic, the studies found. And here’s one instance in which buying imports is         better: Thai jasmine and Indian basmati had some — but much lower — levels of arsenic (about         one-half to one-third the amount).”

“The application of arsenic is based on historic use of pesticides, not current use, so the arsenic         in an organic product may have limits in how recently the land has been treated with pesticides,         but that may not be stringent enough to protect from the historic use of arsenic.

The bottom line is that rice is a very big part of many people’s diets and it plays a central role         in many ethnic cuisines, like Mexican and Chinese….[But] people who consume large amounts of         rice may want to take the precautions listed in this report.

Arsenic has been known for many years as a poison, there’s no safe level. It’s really a very toxic          chemical that people need to minimize.”

Please don’t turn your nose up to alternative grains, they are delicious – get creative. I love quinoa and teff and have made extraordinary dishes for dinner guests and they are tastefully surprised. These alternative grains are healthy, especially for infants and small children, and easy to prepare just like rice.

I especially want to emphasize to soak the rice, I soak mine at least 6 hours and often overnight, and rinse a couple of times so that any contaminants can be significantly reduced or washed away.

Hi there! I know this is kind of off topic but I was wondering which blog platform are you using for this site? I'm getting sick and tired of Wordpress because I've had issues with hackers and I'm looking at options for another platform. I would be awesome if you could point me in the direction of a good platform.
snapbackshatswholesale.com http://www.snapbackshatswholesale.com/