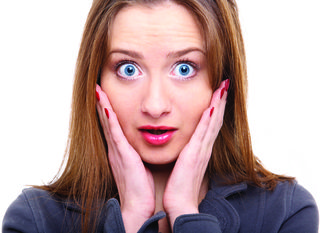 Continuing my research and commitment to bring you food ingredients that impact our health, the following really conjures an OMG moment for me and I'm sure it will for you too!

When you eat a processed meal, it most likely included a full day's supply of salt, fat, and calories – this  isn't breaking news, but it is destroying the health of our population and their quality of life. Most of you that eat
processed food have a vague idea that you’re “running on junk” — it's cheap and
delicious, yet we eat it anyway.

Would you make the same food choices if you knew some of the secret ingredients of your daily diet? There's only one way to find out and
that’s where I come in – Your Health Detective!...click here to continue reading...

Bone char is used to filter and discolor sugar. So basically every granule of sugar you eat has touched the charred remains of animals.

There's never been a better time to use an all natural sugar substitute like SweetLife made from the LoHan gourd. It looks tastes and smells like maple syrup crystals. It is essentially free of calories, does not feed candida and is safe for diabetics. Click here to order.

Salad with a Side-order of Antifreeze & Sunscreen

Propylene glycerol is found in antifreeze and personal care lubricants and is known to cause skin and eye irritation. Yet, fast food places use it in their pre-packaged salads to keep the greens crisp and retain their color. I also have always warned to avoid salad bars because they are notorious for also using chemicals in their salad bars to keep them looking appetizing.

In addition, many fast food salad dressings include titanium dioxide – the same chemical can be found in various paints, sunscreen, and a typical semiconductor. NOTE: A case for vinegar and oil or simply lemon juice when you do eat in fast food places.

Many people are not be aware that the glaze that covers some of their favorite products – including vitamins, pharmaceuticals, candy and even some fruit – may actually be made from shellac; a resin from the secretions of the female lac insect.

The main uses of shellac in confectionery are to do with coating chocolate goods, such as candy-covered nuts and raisins, and similar products. But what many people may not realize is that it’s also used as a coating on some nutritional supplements, medicines, fruit, and even coffee
beans. 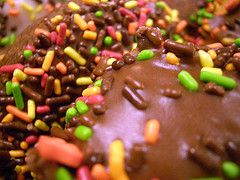 Laccifer lacca is a small insect about the size and color of an apple seed, which swarms on certain trees in India and Thailand. During the larval stage of its life-cycle, the lac insect creates a hard, waterproof, communal protective shell as a cocoon in which to mature and then mate.

The encrusted resin that forms this shell is scraped off the
branches where the insects nest. This raw material, known as sticklac, as well as being the basis for shellac, is also used for the production of ‘lac dye’, a red pigment from the
crushed bodies of the insects, much like cochineal or carmine. If lac dye is the primary product being made, the lac resin is harvested before the males
have emerged from their cocoons, and the sticklac is dried in the sun to kill the beetles.

As well as being a traditional cosmetic in India, lac dye is primarily used to dye leather, silk and wool. However, it is also used as a coloring in some foods and soft drinks. According to one manufacturer’s
website, “Lac dye can be used in juice drinks, carbonated drinks, wine, candy, jam and sauce.”

Some sources say that approximately 300,000 lac insects are killed to produce 1kg of lac, and that annual production is estimated at 20,000 tons globally. The main importers of lac products are Egypt, Germany, Indonesia, Italy and the United States.

Basically any candy that has a shiny outer shell is shellacked with refined bug secretions from the Kerria Iacca insects. Think of that the next time you ask for sprinkles on your cream cone. I will stick to my favorite sweet -- dark chocolate truffles -- with only a dusting of chocolate powder, thank you.

Now, more than ever, we really need to educate ourselves and learn to read labels. Does this sound like a lot of extra work? You bet. That said, you can choose to understand that we really are what we eat and take personal responsibility by eating REAL FOOD, or you can spend endless dollars and pain once your body begins to rebel to what it doesn’t recognize, and can't process, as food.

Additionally, we all know that chemical food coloring causes a variety of symptoms and allergic responses. I don't know about you but I don't eat anything with known food-coloring and I encourage you not to either or feed it to your family; especially children.