Hunger Hormones - They Sabotage Your IMMUNITY & Your WEIGHT

Do you know that every time you take an antibiotic it can make you gain weight? I bet your
physician didn’t provide that as a side-effect, did he/she?

Antibiotics should be used ONLY as a last resort, not as a quick fix as is commonly prescribed. Taking antibiotics creates imbalances throughout your body; that includes putting on extra pounds. So by now you’re wondering how that happens, allow me to explain.

Your intestinal health plays a vital role in determining whether the food you consume is stored or used as energy. Because most of our immune functions are based in our gut, which houses both health-enhancing and health-depleting bacteria, it’s important the radios remain about 10 to 1 in favor of the health-enhancing variation. These good bacteria are your “army” that fight off invading microorganisms; they also digest your food and prevent infections...click here to continue reading...

When you take an antibiotic it kills THE MAJORITY of most bacteria, including health-enhancing – leaving you vulnerable to other illnesses, disorders AND weight gain.

Often, antibiotics are prescribed for conditions such as H. pylori bacteria, believed to be the root cause of stomach ulcers. However, when antibiotics are introduced, they can actually cause ulcers
because of the imbalance created. H. pylori is an important part of our body’s ecosystem because it keeps your “hunger hormone – ghrelin” in balance. This hormone actually sends messages to the
brain as to when its time to eat and when its time to quit. 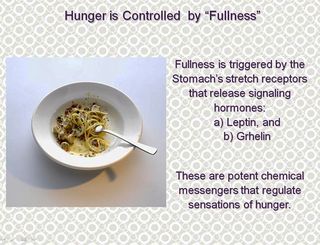 A study published in the Journal of Korean Medical Science reported that researchers assigned 30 people to two groups.
They gave antibiotics to one group to kill their existing H. pylori bacteria. The other group received no antibiotics or other drugs. After five weeks, the researchers performed a biopsy to determine
ghrelin levels. The results – the group that took antibiotics to kill the H. pylori experienced a huge increase in ghrelin (hunger hormone).

Many people report gaining weight after taking antibiotics but they never connect the cause
of the weight gain. There are simple ways to prevent ghrelin from increasing, avoid yeast infections and other chronic diseases spurred on by use of antibiotics that destroys so much, if not most, of your intestinal health-enhancing bacteria.

You may not be taking a prescription for antibiotics but you’re still getting them. They’re
in:

How to Maintain the Healthy Ratio of ntestinal Bacteria…

NOTE: If you’re already manifesting or suspecting cognitive decline I recommend you
consider 200 mg of CoQ10 per meal.

Your Partner in Health,

I was wondering if you ever considered changing the structure of your website? Its very well written; I love what youve got to say. But maybe you could a little more in the way of content so people could connect with it better. Youve got an awful lot of text for only having one or two pictures. Maybe you could space it out better? [url=http://wholesale-lingerie.webnode.com/]micro bikinis[/url] micro bikinis