Having dealt with thousands of clients with inflammatory disorders, I find there is one
connection most do not make before consulting with me – inflammation and their
thyroid health. 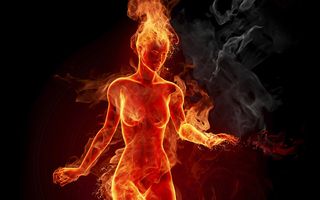 When a thyroid disorder is diagnosed, hypothyroidism resulted from lack of iodine in their food/supplements and from the inflammation in general. There is confusion about hypothyroid and the diagnosis of Hashimoto’s autoimmune thyroiditis…allow me to clarify.

Hashimoto’s is a disorder where the immune system attacks the thyroid gland – the resulting
inflammation leads to an underactive thyroid gland or hypothyroidism.  It is an
autoimmune thyroid disease based on a dysfunctional immune system where your
thyroid is being attacked by your immune system via antibodies – attempting to
destroy your gland as if it is an enemy. Hashimoto’s disease is the most common
form of hypothyroidism and it was the first condition to be medically classified as an autoimmune disorder.

I’ve written extensively about thyroid health and what I see as contributing factors that
include gluten, compromised intestinal health, birth control pills, chronic stress, low iodine levels, vitamin D deficiency, etc. That said, a big misconception exists that once you supplement with a natural remedy or prescription, you can eventually stop supplementation – WRONG. Once a thyroid disorder occurs, you can naturally help stabilize it through proper nutrition, detoxification and specific supplementation – you cannot and should not stop supplementation. The challenge with most thyroid supplements is that the body is not able to convert from T4 to T3. I find the best option is to use a sublingual homeopathic remedy that contains all three varieties of natural iodine so that it is easier utilized by the body without concern about absorption and the body's ability to convert to useable energy for the thyroid. 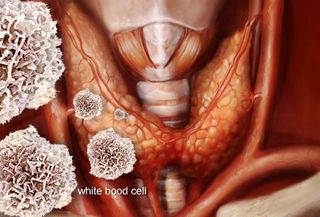 Hashimoto's disease (inflammation of the thyroid gland) is one of the major reasons for low thyroid levels. This disorder not only damages the gland's 'hormone releasing
capacity' it also destroys the gland. Iodine deficient diets, diets high in food additives and preservatives, malfunctioning of the pituitary gland or hypothalamus, infection of the thyroid gland, radiation treatments to treat hyperthyroidism and congenital defects
are some other reasons responsible for low thyroid levels. Birth control pills are also harmful to the thyroid gland – estrogen inhibits the gland's activity.

NOTE: A patient in Europe informed me that in Germany there is government-directed iodination of practically every food which is processed, including milk. And with this has come an explosion of Hashimoto’s the last 20 years!

In addition to its affiliation with iodine, selenium is responsible for other regulatory functions within the thyroid. Selenium deficiency leads to the exacerbation of Graves, Hypothyroidism, Hashimoto’s and other thyroid disorders.  Recent studies have shown that selenium supplementation can reduce serum levels of T4, Free T4, and Reverse T3. To explain, the thyroid produces hydrogen peroxide during the production of T4. While some hydrogen peroxide is essential for proper functioning, excessive amounts of it can lead to high T4 production which results in a lower T3 availability. Too much hydrogen peroxide will also cause cell destruction. Selenium as an antioxidant breaks down excessive hydrogen peroxide and prevents cell damage and necrosis of thyrocytes.

Keep in mind that in order for food to be selenium-rich, it must be grown or cultivated in a selenium-rich environment. Therefore, attempting to only supplement selenium through food sources is very challenging because of not knowing soil or environmental conditions.

Gluten can also trigger the very autoimmune reactions that cause you to have Hashi’s, since reportedly, the cells of your thyroid are similar to the cells of gluten – i.e. an attack on one is going to make you ripe for an attack on the other. As a result, some Hashimoto’s patients experiment with
eliminating gluten from their diets, and with good results…body talk never lies, learn to listen to what your body is telling you.

For those of you choosing to purchase a easy-to-read eBook titled, Your symptoms are NOT in your head, hips or expanding waistline, they’re probably in YOUR THYROID click here. This guide answers most of your questions about causes, affects and non-drug solutions for thyroid health and
easily shows you how to test your own thyroid levels at home for around $5. It additionally explains how to naturally supplement with a homeopathic Wholistic Thyroid Balance complex that is used sublingually and does not require your body to convert into useable energy. To order this supplement or for more information, click here.

NOTE: For those of you that are Premium Subscribers, you will receive a separate email with a Coupon Code to receive the eBook FREE as a benefit of your subscription.

Your Partner in Health….

My readers have been asking me to play Health Detective and inform them about some uncommon food ingredients they’re hearing about…so…here is the first of many I will be reporting on.

Mild-sounding words and categories are used by the food industry as what is termed “umbrella” ingredients – meaning they are under the protection of a broad category and are usually horrible in both nature and often side-effects.

Let’s consider the EXACT definition of “natural flavors” from the Code of Federal Regulations, it will
tell you a lot – actually, it doesn’t tell us much!

The above cited code doesn’t really sound to me as any kind of protection that what is included in our food supply is healthy, just that its function is strictly “flavoring” and not “nutritional.” And just because it is labeled "natural flavor and/or flavoring" doesn't mean the public should have to ingest a disgusting ingredient from an animal!

With that said, let’s test your knowledge of ingredients that are legally being added to our food supply. I’ve written and taught extensively about the legal hidden sources for such chemicals as monosodium glutamate that can be hidden under generic categories like “natural flavoring (s)” when it’s in an allowable percentage. But not until a professional colleague and friend brought this particular substance to my attention had I researched the ingredient in this investigative report.

Prepare yourself for the answers. The flavoring is actually called Castoreum and is found near the anus of the beaver in two sacs between the anus and the external genitals!  The discharge of the
castor sac is combined with the beaver’s urine, and used during scent marking of territory. Both male and female beavers possess a pair of castor sacs and a pair of anal glands located in two cavities under the skin between the pelvis and the base of their tail.  Castosreum is a product of the trapping/hunting industry. When beavers are skinned for their fur, these glands are removed and sold after being smoked or sun-dried to prevent putrefaction. It is not only used in food, it is also part of many high-end formulas for perfumes.

The North American beaver population was once more than 60 million; today it’s estimated at 6 million.

Castoreum is used in “high priced” perfumery for “refined leathery nuances.” It is also reported to be
used in some incense and to add flavor and odor to cigarettes. In food, Castoreum is used to flavor candies, drinks, vanilla ice cream, and in desserts such as puddings.

A downright disgusting thought, it IS approved by the FDA as a “generally recognized as safe (GRAS)”
ingredient and can be listed in the category of “natural flavoring” on a product label. Castoreum, as a flavor ingredient has been used in our food industry for over 80 years….oh great!

I don’t know about you but this makes an even stronger case for making your food from scratch so you can control every ingredient!

Where is Castoreum usually found?

Usually it’s found in cheap strawberry and raspberry syrups and flavorings and in vanilla ice cream.

I’m sticking to high priced, organic all natural ice cream and making my own fruit syrups…regardless
of what GRAS status this ingredient is granted. 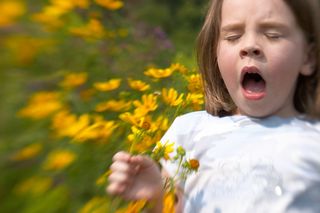 For those of you who have either been clients or have used the proprietary homeopathic blend (Pollen & Weeds) for seasonal allergies, this is A REMINDER to begin taking your homeopathic spring complex NOW as directed.

For those of you that are not familiar with the complex, we've used it for over 25 years in the practice and our loyal clients worldwide wouldn’t think of beginning spring without it.

It’s a liquid homeopathic that you use sublingually (under the tongue) before the pollen season is upon us as well as during the season. It contains a variety of pollens from around the country, and some from around the world, that act as a nature’s immune response balancer to avoid the watery sore eyes, sore throat that often becomes a secondary infection, and the sinus headaches that accompany the irritation caused by pollens of weeds, grasses and tree pollens...click here to continue reading...