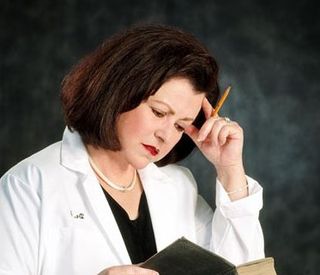 A recent study connected the condition of insulin resistance in women with low vitamin D levels. Insulin resistance simply means insufficient insulin is released to produce a normal glucose response from fat, muscle and liver cells. According to results from a randomized, controlled, double-blind trial published in the British Journal of Nutrition, insulin was significantly lower in women following high doses of vitamin D supplementation.

Optimum effects were observed when blood vitamin D levels were in the range of 80 to 119 nanomoles per liter, according to researchers, therefore, “providing further evidence for an increase in the recommended adequate levels.” Click to continue reading...

The link between vitamin D and diabetes has been reported many times before. However, a recent data analysis from observational studies and clinical trials in adults showed a “relatively consistent association” between low intakes of calcium, vitamin D, or dairy intake and type 2 diabetes.

The new study involved 81 South Asian women with insulin resistance living in . The subjects, ages 23 to 68, were randomly assigned to receive either 4,000 IU (100 micrograms) of vitamin D3 or a placebo taken daily for six months.

At the end of the test period, women in the vitamin D3 group experienced “significant improvements” in both insulin sensitivity and resistance, according to the researchers, which was also accompanied by a decrease in fasting insulin levels compared to the placebo.

Vitamin D refers to two biologically inactive precursors: D3, also known as cholecalciferol, and D2, known as ergocalciferol. Vitamin D3 is produced in the skin on exposure to UVB radiation, and is said to be more bioactive.

A new delivery system for vitamin D3, IsoD3, has been created that is exciting because of its ability for better absorption and utilization.

The Way I See It:  I use and recommend the Iso-D3 form of vitamin D available through health professionals – it is the active form of Vitamin D in the body. Dietary vitamin D must be converted into this active form in order to deliver the health benefits associated with Vitamin D.

Iso-D3 is designed to support optimal metabolism of Vitamin D to its active form and has been studied and shown to be better absorbed and utilized by the body.

Uncovering Clues to Add LIFE to Your Years…NOT Merely Years to Your Life, Naturally

Creator of certificated courses to become a Wholistic Rejuvenist™ (CWR) and for post-graduate education for health professionals. Go to www.gloriagilbere.com and click on Wholistic Skin & Body Rejuvenation (WSBR™) for course outline. Available on-site at worldwide locations, and via distance-learning at your convenience globally.

If people sit down and think about their own health, they can realize that there are so many diseases that they can avoid by altering their food consumption patterns. One can easily realize that he or she is eating more of one type of food, such as pasta, over other types of food, such as vegetables. The problem is that the healthy vitamins are mostly found in the food which is not everyone's favourite, but everyone knows that they must eat it if they are to stay healthy. A fast lifestyle does not help in thinking about this aspect of our life.