Just about everyone, me included, know someone diagnosed with lymphomas and other forms of cancer. Everyone who experiences unusual symptoms always dreads going to their doctor for fear of being diagnosed with some form of cancer…no other word in medicine provokes the same intensity of fear. 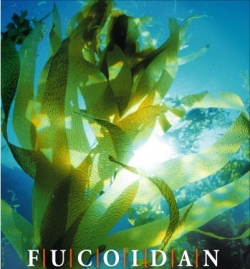 One in every Three women will be diagnosed with some form of cancer…and the Canadian statistics are very similar.

Lymphoma, specifically, is divided into two classes, Hodgkin's and non-Hodgkin's, which are in turn further classified into B-cell and T-cell groups.

Now researchers found a natural substance of seaweed extract that, when cultivated in the laboratory exclusively on lymphoma cell lines, suppressed the lymphoma growth while leaving healthy cells completely intact. The researchers also noted a significant increase in apoptosis, otherwise known as cellular death, within the lymphoma cancer cells.

About 4 percent of the total dry weight of many types of brown seaweed is made up of the polysaccharide known as Fucoidan – a sulfated polysaccharide that has a complex structure. Its main components include a sulfuric esterified L-fucose, a healing sugar, and the trace elements of galactose, xylose, and glucuronic acid.

The results of their study were presented at the AACR Dead Sea International Conference on Advances in Cancer Research. The conference was at the , , and reported by researchers from the in . They reported that the brown seaweed used in the studies contains the compound fucoidan, known to kill cancerous tumors.

Fucoidan has been touted as one of the ocean's greatest treasures...additionally, it is a renewable resource that continues to grow as only the tips of the seaweed are harvested.

Among the many benefits reported for fucoidan in addition to being an anti-tumor agent include:

· detoxifies the body against heavy metals,

· is believed to help stimulate immune response when the body is attacked and,

· may help regenerate healthy skin tissue, as in wound healing.

“New therapies are desperately needed because some forms of B-cell lymphoma are especially resistant to standard treatment," according to Mohammad Irhimeh, Ph.D., assistant professor of hematology oncology* and stem cells at the in . "In this study, we looked at a new treatment strategy using novel active compounds derived from a natural source -- seaweed."

Irhimeh said that research would continue to study the mechanism of fucoidan with the goal of conducting phase II or III clinical trials with human volunteers.

The money spent for cancer treatments is significant – in the alone the estimate in 2009 exceeds $210 Billion. Almost every one has been touched by cancer. In the past 18 years there have been at least 18 studies that have shown the effectiveness of fucoidan to either prevent tumor growth or kill existing cancer cells…a statistic hard to brush off, yet facts not generally known to the public and conventional medical doctors.

Conventional toxic cancer treatments sabotage the entire defense mechanisms of the body in order to kill cancer cells while, unfortunately, also killing or damaging the immune system in the process. The price for cancer treatments has increased over 10 times in the past 20 years… could it be there’s A LOT more profit in sickness care than in health care?

Just imagine a natural immunity booster product that would have no harmful side effects, contains multiple health-enhancing benefits, comes from a renewable natural product, is inexpensive, and reduces the incidence of cancer, common cold, respiratory and gastrointestinal infections, to mention just a few. Fucoidan can have a dramatic effect on cancer cells, yet cannot legally be promoted as such. As an investigative health journalist, I pass this information on to my readers so that they can make informed choices if that dreaded “C” word ever enters your life or the lives of those you love. There are several well-respected nutraceutical companies that supply Fucoidan in capsule form, do your homework and source one out.

*Hematology-oncology = The diagnosis, treatment and prevention of blood diseases (hematology) and cancer (oncology) and research into them. Sometimes abbreviated as hem-onc.

Scientists knew that seaweeds containing fucoidan were found to have anti-tumor activity in mice and some cell lines, and Japanese researchers at the Biomedical Research Laboratories and the Research Institute for Glycotechnology Advancement found that seaweeds containing Fucoidan caused various types of established cancer cell lines to self-destruct. Examples of cancer cells that self-destructed due to fucoidan included certain kinds of leukemia cells, stomach cancer cells, and cancer cells of the descending colon.

The people of Okinawa, Japan enjoy some of the highest life expectancies in the country and also consume one of the highest per capita amount of the seaweed kombu. The cancer death rate in Okinawa is the lowest of all the prefectures in .

Within the molecular structure of fucoidan is the presence of fucose which is a healing sugar and should NOT be confused with fructose (the sugar from fruits). Fucose is also found abundantly in human breast milk, the reason most new mothers are encouraged to breast feed their babies in order to provide them a good head start in life by boosting their immune system the way nature intended.

The Way I See It!

We DO have options, if you or a loved one is diagnosed with cancer or an immune system disorder, consider the information provided in this article…don’t accept toxic therapies without understanding their health-depleting affects and survival rates…which aren’t good enough for me, naturally!

Uncovering Clues to Add LIFE to Your Years…NOT Merely Years to Your Life, Naturally

Dr. Gilbère is renowned worldwide for her work in identifying and finding natural solutions to chemically-induced and inflammatory disorders, multiple chemical sensitivities, fibromyalgia, chronic fatigue, Gulf War Syndrome, and digestive disorders that defy conventional diagnosis and treatment. She consults worldwide via telephone and at her Institute in north . Visit her website at www.gloriagilbere.com for details about consulting with her.

Creator of certificated courses to become a Wholistic Rejuvenist™ (CWR) and for post-graduate education for health and spa professionals. Go to www.gloriagilbere.com and click on Wholistic Skin & Body Rejuvenation (WSBR™) for course outline. Available on-site at worldwide locations, and via distance-learning at your convenience globally.

Information in this newsletter is not meant to substitute for the advice provided by medical professionals, nor is it intended to diagnose, treat, cure or prevent a disease or disorder. The FDA has not reviewed or endorsed the contents of this educational publication.

Copyright is held by Gloria E. Gilbère, to which all rights are reserved. Other than personal, non-commercial use or forwarding, no material in this newsletter may be copied, distributed, or published without the expressed written permission of its author and copyright holder.

Posted at 02:00 AM in Health Education, Immune System | Permalink